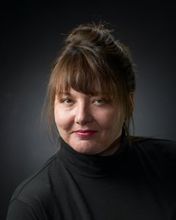 Kim Baker is an Oklahoma-based freelance photographer who has focused her camera on the Oklahoma landscape for over 25 years.

Kim is a regular contributor to Oklahoma Today Magazine and Oklahoma Tourism publications; her work has been published in Outdoor Oklahoma, USA Today Go Escape and Cowboy’s & Indians and in books including The Illinois River: A Visual Record and Oklahoma Unforgettable.

Some of Kim's clients include Oklahoma Tourism, Ackerman McQueen Advertising, Jordan Advertising, Next Era Energy, Gridliance, the Oklahoma Water Resources Board, the Oklahoma Department of Commerce, Epoxy Films, the Chickasaw Nation and Briggs Freeman Sotheby's International Realty and others.

As a nature and conservation photographer, Kim has endeavored to use her work as an instrument for meaningful change. Her 1999 project Oklahoma Rivers, helped raise critical awareness about the need to protect the rivers of Oklahoma during a time when large-scale water transfers out-of-state to Texas were urged by certain state officials. The water fight to preserve Oklahoma's water lasted years and the legal fight went all the way to the U.S. Supreme Court with a final ruling in Oklahoma's favor.

In 2010, Kim started the photographic initiative The Illinois River Survey to document the state of Oklahoma’s most heavily utilized river, the Illinois River, an officially designated Oklahoma Scenic River.

Together with Save the Illinois River (STIR) and the Nature Conservancy, individuals dedicated to making a difference for an Oklahoma river undertook a three-day photographic survey that resulted in the book The Illinois River Survey: A Visual Record and a photographic exhibition that toured across the state.

Kim’s Illinois River Survey project brought statewide attention to the importance of preserving one of our state’s most precious resources.

Today, Kim's work as a freelance photographer takes her around the globe. Her work as a conservation photographer has an emphasis on the preservation of natural habitats and resources and the natural services they provide humanity.